We are a boutique firm with a hands-on approach where our top people oversee every client’s case. We utilize our experience, expertise, and passion to assure clients the best investigative and security services available in the U.S. and worldwide.

If you’ve been wronged by the system, your acquittal hinges on access to the truth. In a civil case, you need the right information to prove your case. And in today’s marketplace, good business intelligence increases profits. But getting to the truth and gathering the right intelligence is not always easy. With Intuit Investigative Resources, you get a licensed, bonded and insured private investigations and security firm in the heart of New York City at 45 Rockefeller Plaza. 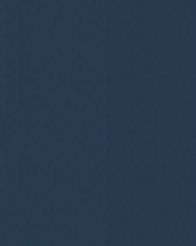 Ed Dowd had over 20 years’ experience as a veteran NYPD Second Grade Homicide Detective, following in the footsteps of his father and uncle, both officers in the NYPD. He started his career in 1983 after attending Brooklyn College and then Manhattan College School of Arts. Ed founded Intuit Investigative Resources in 2003 focusing on criminal investigations, especially for the wrongly accused. In one case, he helped a Queens, NY man released from prison who had spent a decade in prison for a murder he did not commit. In 2010, he helped the U. S. Marine corporal in New York City ready to be deployed to Afghanistan. In that case, Ed fought NYPD detectives who did not properly investigate the murder of the marine’s wife. After his involvement, they finally began working the case.

His investigations utilize the insights of human intelligence and the latest technology. He finds the truth for his clients whether it’s field surveillance, security, or any other investigative service he provides. Yael is a Criminal Profiler and a Managing Partner at Intuit Investigative Resources. She specializes in legal research, case management, and trial preparation. Yael conducts complex criminal and civil investigations and is an expert at interviewing clients, suspects, and witnesses and evaluating their statements. Before joining IIR, Yael was a Senior Air Force Procurement Specialist for the Government of Israel, Ministry of Defense, Mission to the U.S. She managed budgets ranging from $10M to $55M for military equipment and led as liaison between Israeli Defense Force units, U.S. contractors, and the U.S. Armed Forces.

Yael graduated with a Bachelor of Arts in Criminology in 2005 from Bar-Ilan University in Ramat Gan of the Tel Aviv District, Israel. She received her Profiling Diploma from Bar-Ilan in 2008, and her Master’s degree in Criminal Justice, making the Dean’s list, at CUNY-John Jay College of Criminal Justice in 2013. Before working in procurement for the Israeli Military, Yael was head of recruiting, training, and financial investigation in Israel for Yaad-Chen Investigation and Recruiter at Amdocs and Microsoft. She served in the Israeli Defense Force from 1997–1999 as a sergeant in the military police. Her duties often included command of the base as adjutant officer in charge. She speaks Hebrew as her native language and is fully proficient in English.

Ariel has been a Managing Partner at Intuit Investigative Resources since 2014. Ariel monitors company policies and develops new operational procedures to better serve clients. She is responsible for integrating the company’s functional strategies with financial and operational goals and objectives.

Ariel is also an investigator with IIR conducting criminal investigations throughout the U.S. and overseas. She does extensive field work, specifically stakeouts and surveillance. She interviews witnesses, victims, and persons of interest, studying behaviors and interactions of individual and group activities. Previously, Ariel worked with several organizations, where she analyzed information provided by security teams and compiled reports for sharing with law enforcement and strategic partners. She also provided behavioral detection and counter-surveillance for special events.

Ariel graduated in 2007 from Emek Yezreel College, Israel with a degree in Behavioral Science Specializing in Criminology. She got her Master’s degree in Criminal Justice Specializing in Investigation Techniques in 2010 from CUNY-John Jay College of Criminal Justice. Her military service included earning the Brigade Excellence Award as Sergeant, Field Intelligence Unit, Israel Defense Forces (2001-2003). There, she commanded a team of special new observers on the Syrian-Israeli border. Her native languages are both English and Hebrew.

Abe George has been a lawyer for over a decade. From law school, Abe always had an interest in criminal law. While in law school Abe had interned in the Homicide Unit of the Queens District Attorney’s office and the Special Prosecutions Bureau of the Manhattan D.A.’s Office.

In 2012, Abe left the Manhattan D.A.’s office to enter private practice as a criminal defense attorney and to run for Brooklyn District Attorney. Abe campaigned for over a year championing issues such as reforming the NYPD’s “Stop and Frisk” policy and decriminalizing marijuana but he decided to step aside to join forces with Ken Thompson who beat 23-year incumbent Brooklyn District Attorney Charles J. Hynes.

Abe Joined Ken Thompson’s transition team in 2013 and accepted a job as Deputy Bureau Chief of the Major Narcotics Investigative Bureau in the Brooklyn District Attorney’s Office in 2014.

In late 2014, Abe left the Brooklyn District Attorney’s Office to resume a career in private practice and to assist the Jeffrey Deskovic Foundation for Justice in helping fight wrongful convictions.

Hal Sherman is a retired NYPD Detective and practicing forensic crime scene consultant, expert witness, instructor, and training consultant.  His areas of expertise include the fields of crime scene investigations, evidence recovery, preservation and classification, crime scene reconstruction, biological evidence collection, and preservation.  Mr. Sherman provides professional assistance in case evaluation, courtroom preparation, and trial presentation in both criminal prosecution and civil litigation.  Mr. Sherman was assigned to the NYPD Crime Scene Unit in 1987 and investigated in excess of 2,500 crime scenes; including 1,900 Homicide Investigations.  Mr. Sherman was assigned to a number of major investigations to include the 2001 World Trade Center Attack, 2001 Anthrax Attack in NYC, The Wendy’s Massacre (87 Fatalities), 1993 World Trade Bombing (6 Fatalities), and “The Happyland Social Club” Massacre (87 Fatalities).  Hid duties afforded an opportunity to provide expert witness testimony in over 200 criminal trials in New York, Queens, Bronx, Richmond, and Kings Counties.  He has been utilized in Southern & Eastern District US Federal Court System and Superior Court in Tel Aviv and Isreal.  Mr. Sherman is the Co-Author of “Illustrated Guide to Crime Scene Investigation” and is currently a forensic expert/instructor of The Stria Consulting Group, a team of highly experienced consultants and training coordinators who are also former members of the NYPD Crime Laboratory.

Robert is currently Vice President at Software Synergy, Inc., where he has worked since 2001. Previously, was at Bell Laboratories/AT&T Labs/AT&T for 18 years, serving as Director for 10 years. He earned his B.S. & M.S. in Computer Science from NYU Polytechnic School of Engineering.

Mr. Perine served for twenty years with the New York City Police Department (NYPD), helping to reshape technology within the NYPD by being appointed to the Technology Reengineering Committee. He managed multi-million dollar technology projects while serving under the NYPD Chief Information Officer and was the Project Manager for the NYPD’s new high-tech Real Time Crime Center, which opened in 2005, and a multi-million dollar enterprise case management system for Organized Crime… He has performed as a consultant, system architect, and lead developer for both private and publicly held companies. Mr. Perine has developed Incident Management Systems, Commercial “Off the Shelf” software, and esoteric research-based applications. He has led small IT-based product companies in the role as Chief Technology Officer and Chief Operating Officer. Mr. Perine has architected public safety IT solutions which are presently deployed for Major League Baseball and the National Football League. Mr. Perine drove the development of new technologies as CTO of a publically traded company in 2006.

In 2007, Mr. Perine was selected by the NYPD to manage the buildout of the Lower Manhattan Security Initiative. This program was focused on counter-terrorism technologies within New York City.

Jack Cambria is a recently retired member of the New York City Police Department who has contributed 33 ½ years of exemplary service. He has served for 16 years in the Emergency Service Unit (ESU), whose primary focus is to provide Rescue, Tactical (SWAT), and Counter-Terrorism services to the City of New York. He was assigned to ESU in the ranks of Police Officer, Sergeant, and Lieutenant.

He has extensive experience and certifications in all facets of these operations and is a New York State Certified Police Instructor. He holds numerous awards for bravery and dedicated service. He has responded to and served on many high-profile assignments such as both World Trade Center disasters, plane crashes, and a variety of hostage and barricade situations, particularly violent and suicidal individuals. He also served as the Rescue Team Manager on the FEMA-Urban Search and Rescue Task Force. Because of his solid foundation of achievements, Jack was assigned to command the agency’s elite Hostage Negotiation Team for the last fourteen years of his career. His duties consisted of coordinating the efforts of over 100 negotiators, who responded throughout New York City to all hostage-related assignments.

He was responsible for the training and certification of all new negotiators and refresher training of all of the current members of the team. Jack has and continues conducting in-service training for many international, federal, state, and local law enforcement and corporate agencies.

In 2006, he and two selected members of his team were dispatched to the U.S. Military Base at Guantanamo Bay, Cuba to conduct hostage negotiation training for members of the United States Joint Task Force. He has also served as a technical consultant in the entertainment industry, where he advised on the major motion pictures, ‘The Taking of Pelham 1-2-3,’ ‘Jack Ryan: Shadow Recruit,’ and ‘The Amazing Spiderman II;’ additionally for the television series, ‘Life on Mars,’ ‘Blue Bloods,’ ‘Unforgettable,’ ‘Elementary,’ and ‘The Mysteries of Laura.
Jack has authored several scholarly articles on negotiations and has achieved his Masters’s Degree in Criminal Justice. He has served as an adjunct professor at the John Jay College of Criminal Justice (CUNY) and the Empire State College (SUNY) in New York City.